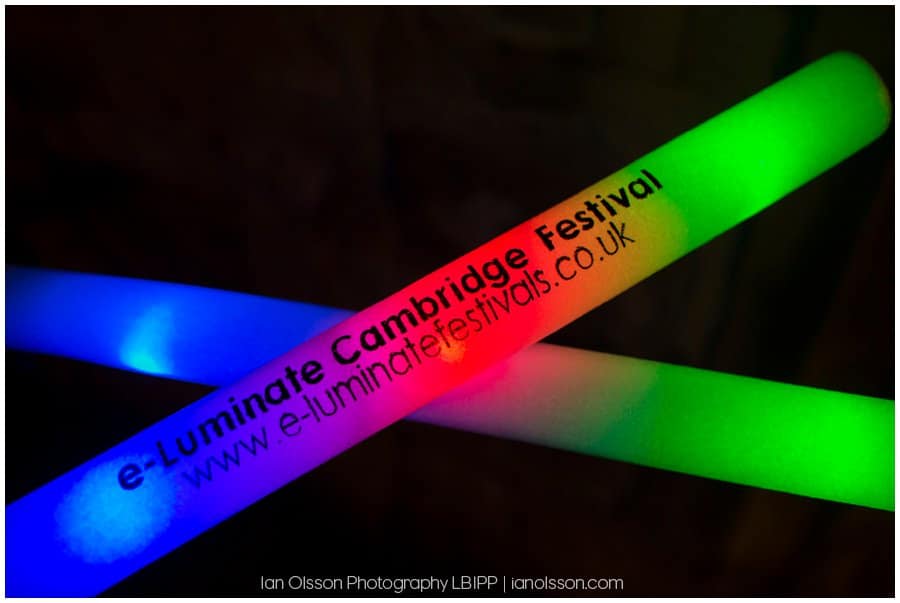 Brightening up what is usually a dark damp month, the e-Luminate festival created a wonderful atmosphere around Cambridge. It’s the fourth year of the festival, and once again many of the city’s most iconic buildings were lit up with colourful lights, and I really enjoyed capturing it. 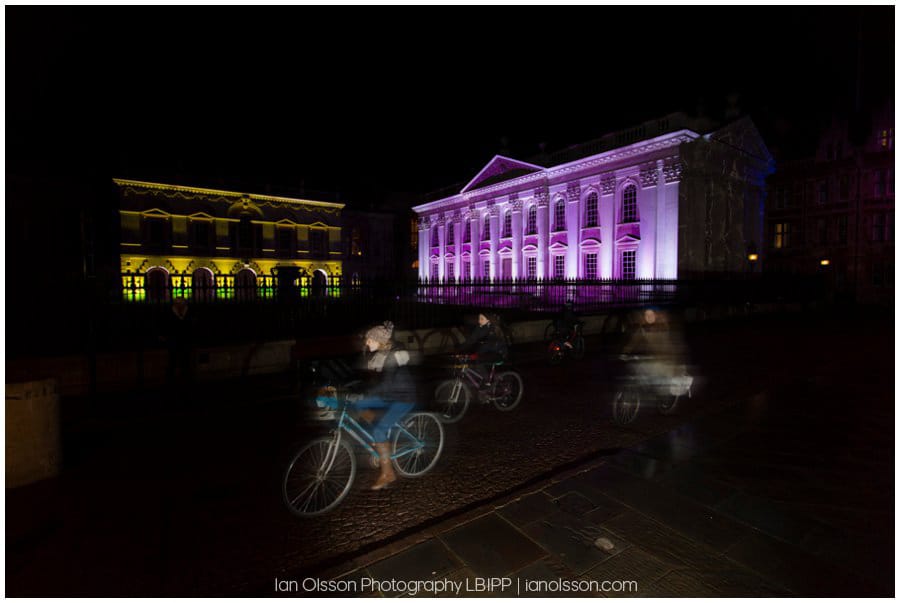 As well as the light installations, there were events around the city, starting with the opening night at Great St Mary’s Church. People were queuing around the church to watch the a concert by the Dowsing Sound Collective, who were brilliant as always. 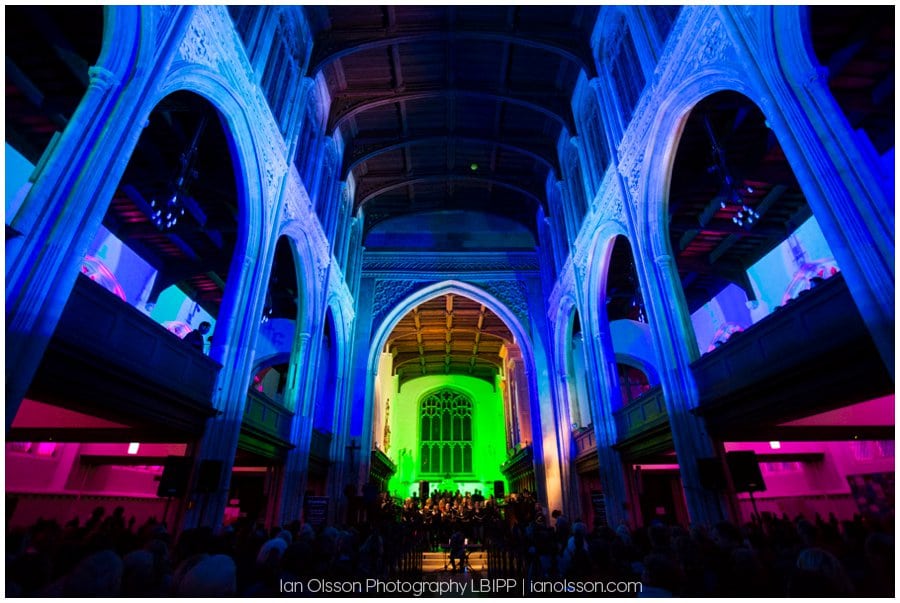 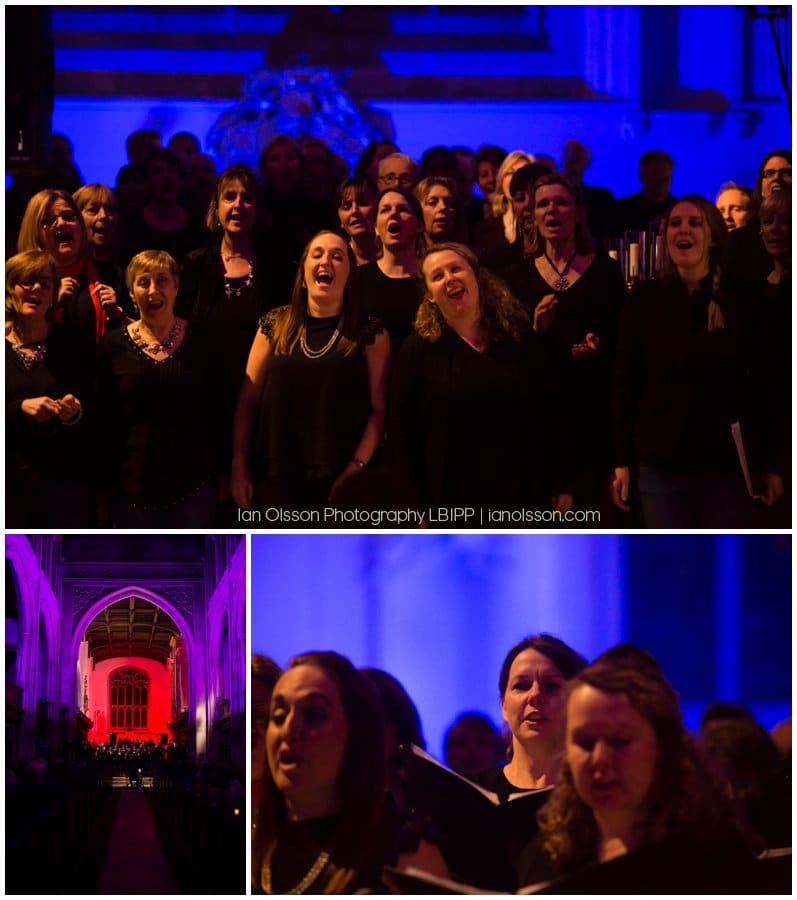 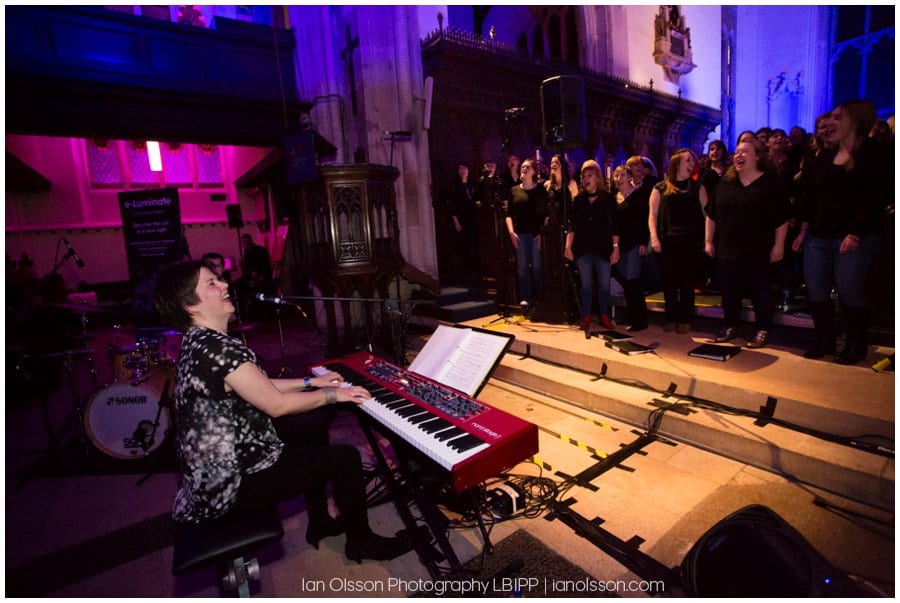 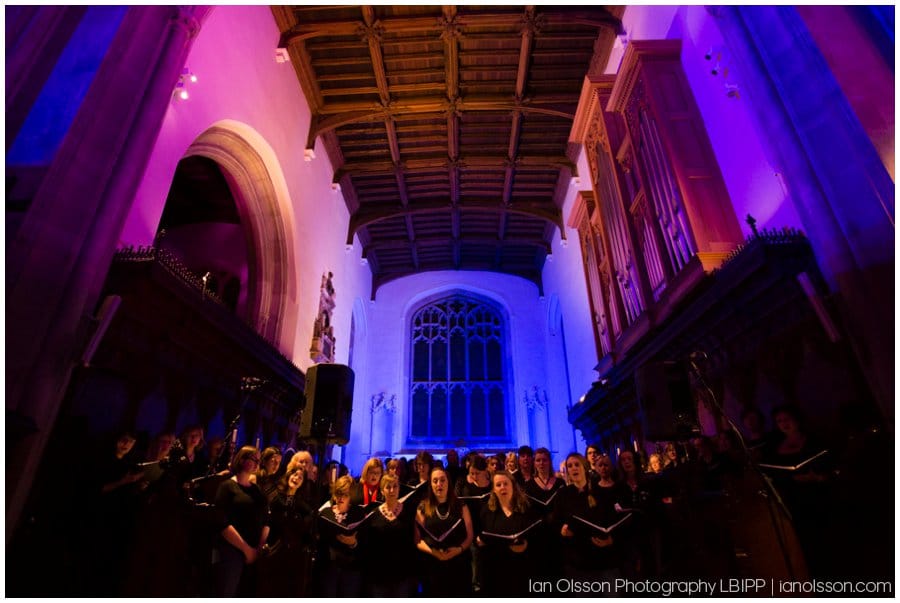 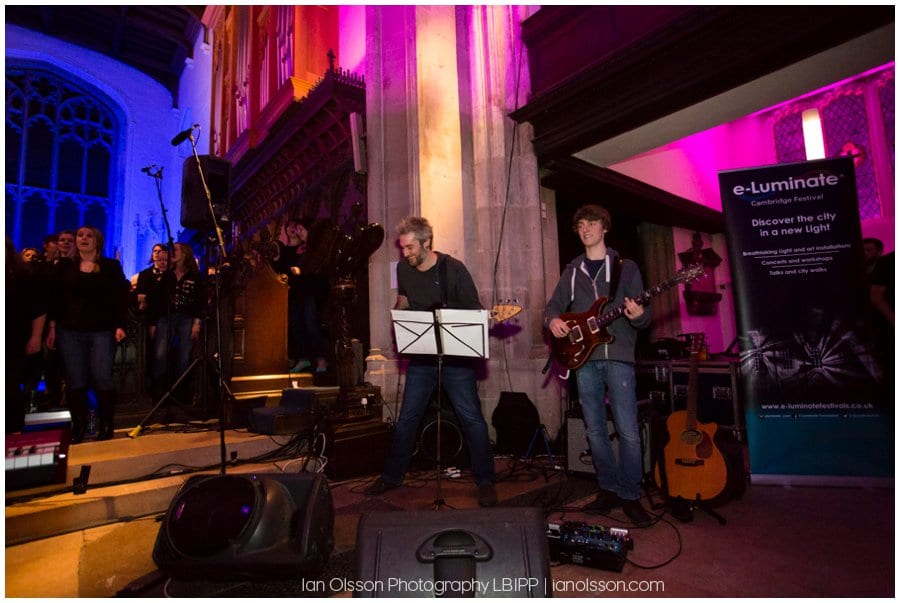 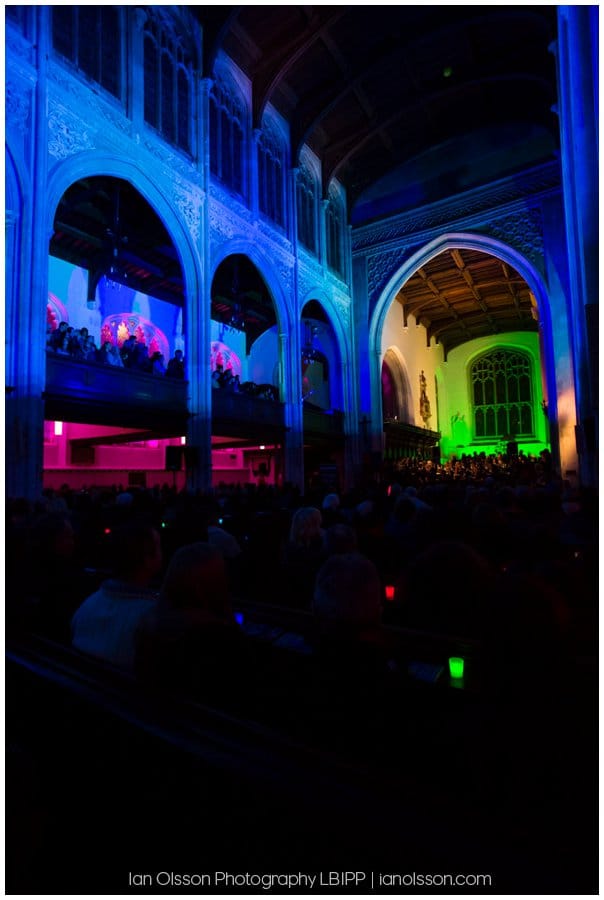 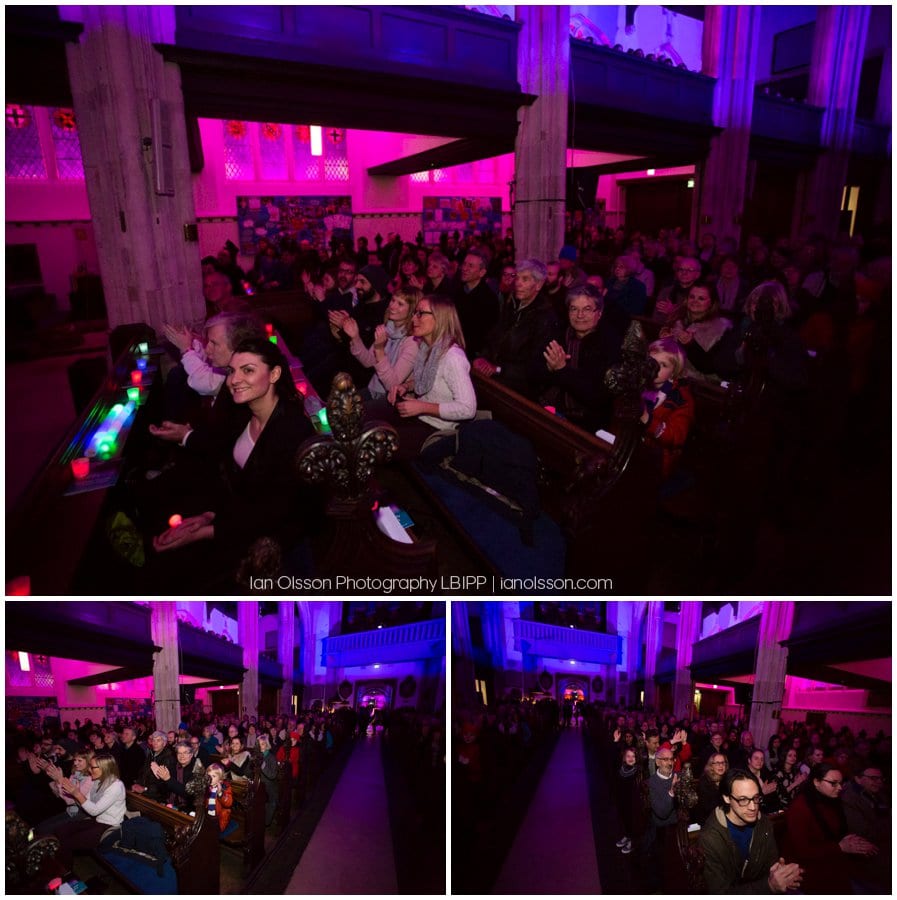 On Saturday night we went on a trail of light tour, where we held some rather funky light sticks and went between three of the colleges, where there was music playing in the chapels. 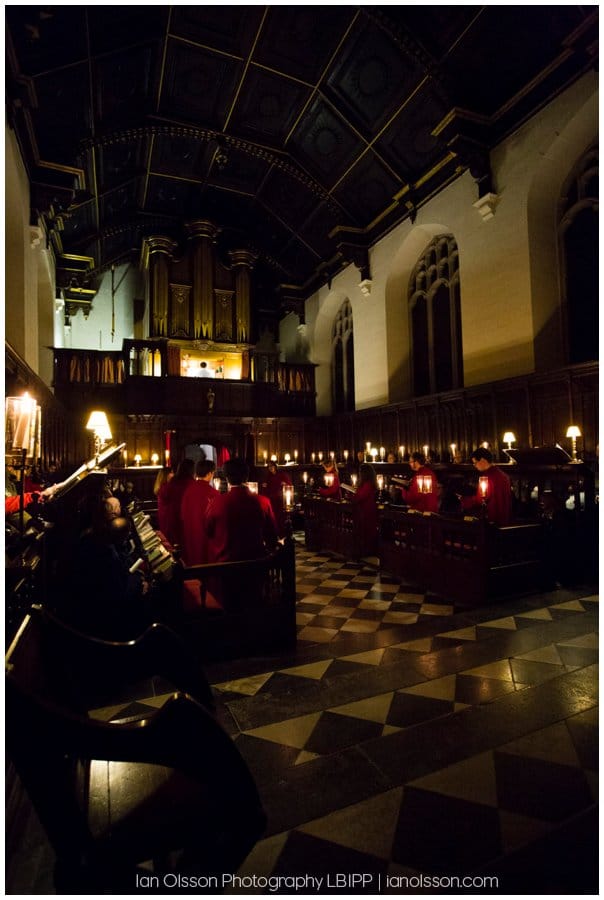 The chapels were very different, with the architecture inside Peterhouse particularly impressive – it was designed by Christopher Wren. 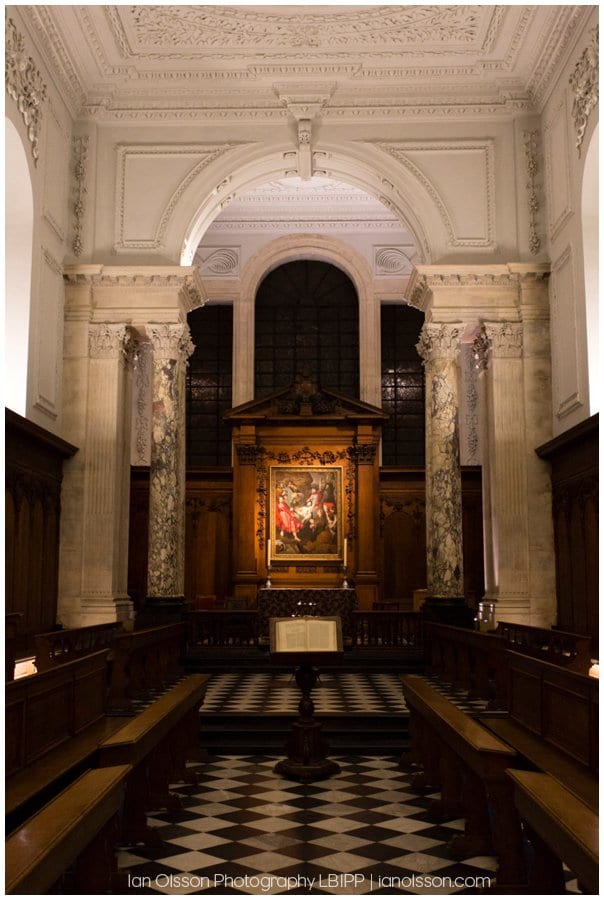 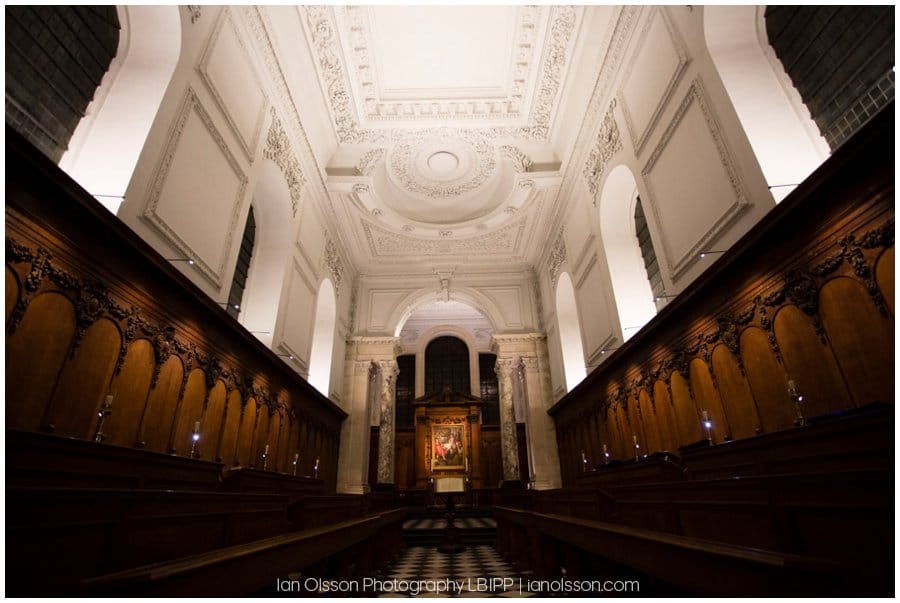 Later in the week I couldn’t resist going out and having a play with some long exposures. It was freezing cold, but worth it for these shots. 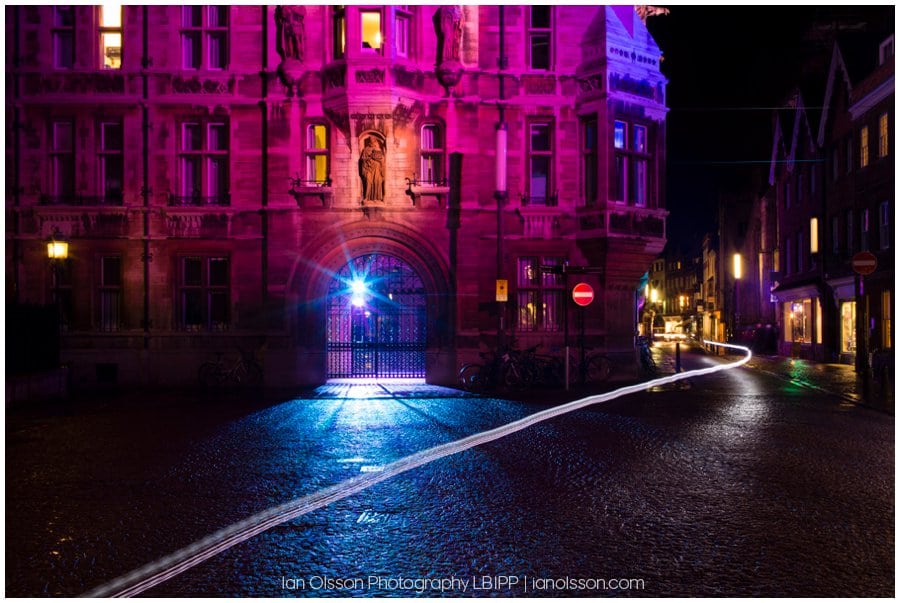 Casting a Light: Malgosia Benham at Gonville & Caius College. I captured this image using a shutter speed of 15 seconds to get some bicycle light trails, and an aperture of f16 to get a star effect on the main light. 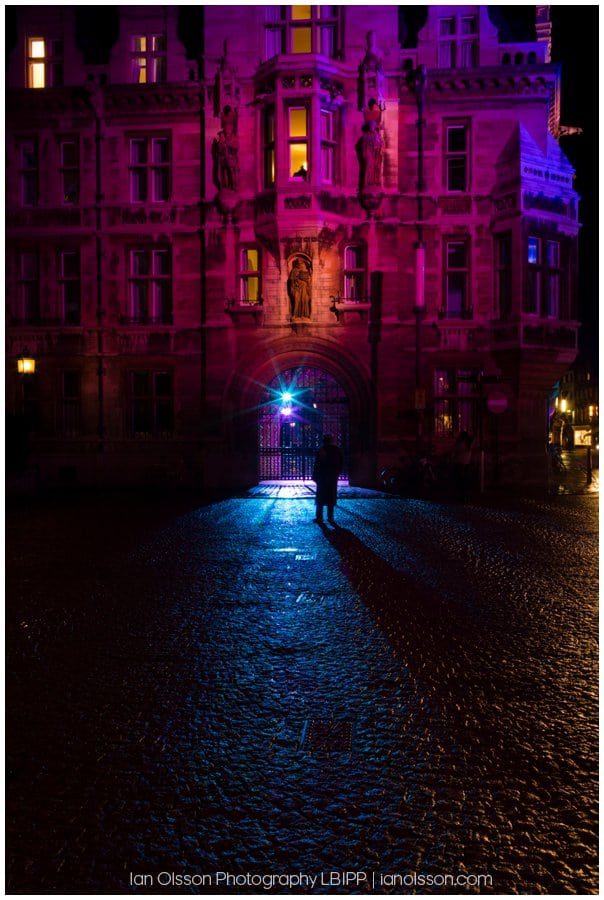 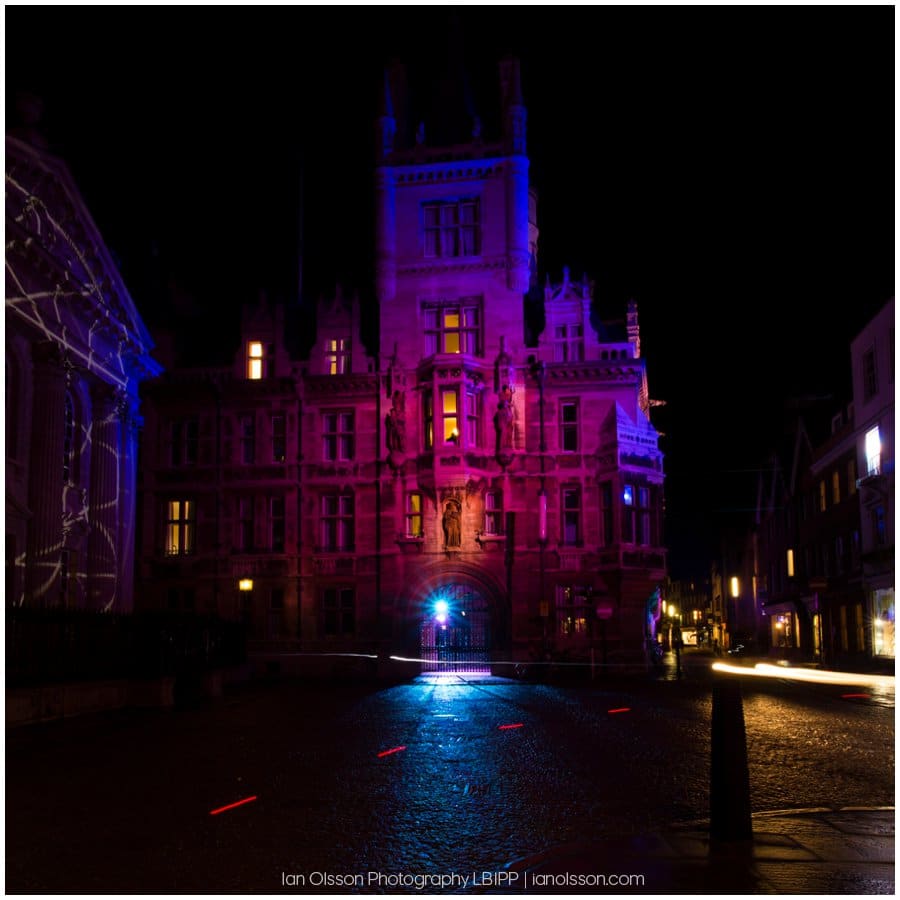 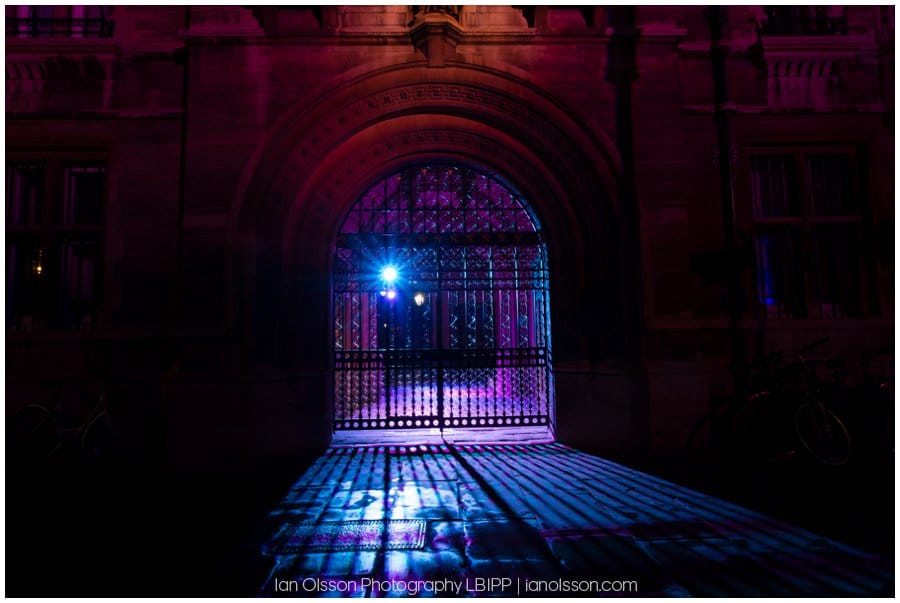 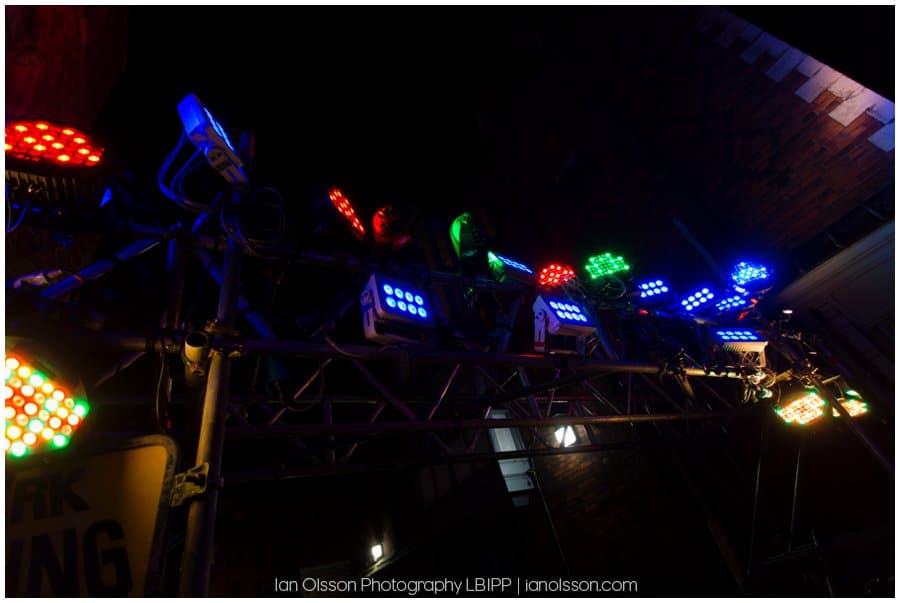 Behind the scenes of the lights at Gonville & Caius, that’s a lot of LEDs! 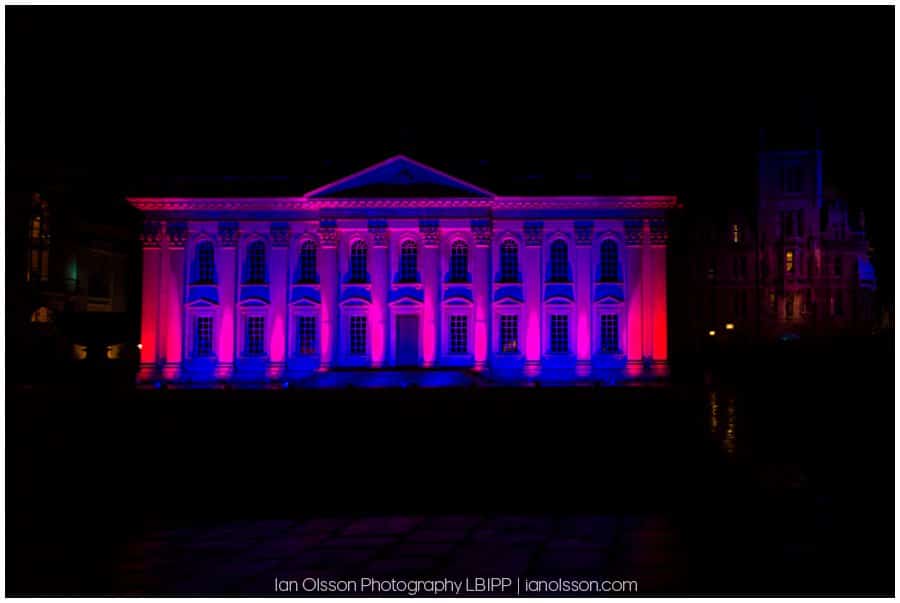 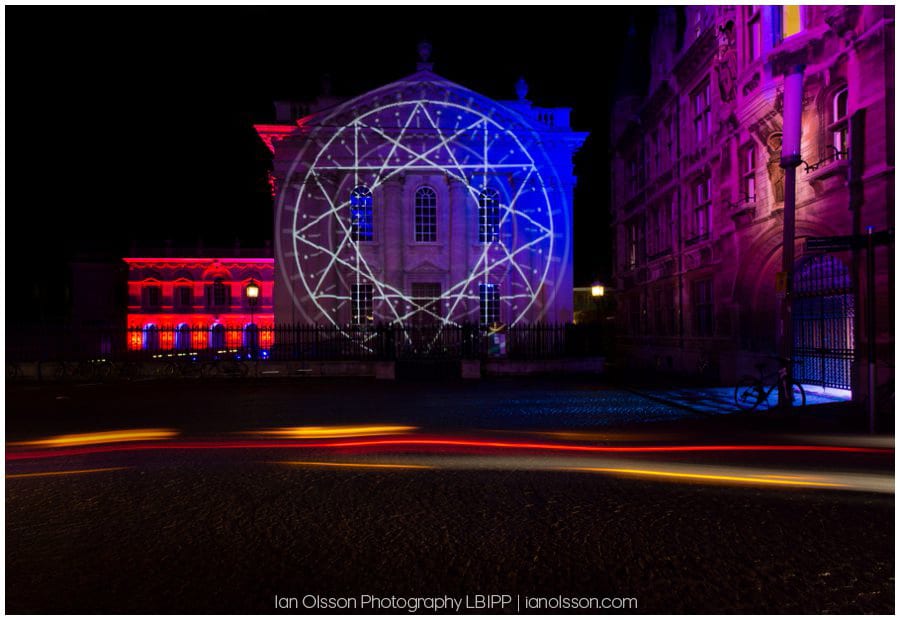 If you’re looking for a photographer in Cambridge, please see my photography portfolios, send me an email or call on 07731 379727. Ian